Your business is global. But the identity verification processes that let users access it aren’t.

With regulations changing all the time, the landscape is only becoming more complex. In December 2020 the EU launched the 6th Anti-Money Laundering Directive (6AMLD) – mere months after the previous iteration. Elsewhere, governments are scrambling to implement remote identity verification in response to the pandemic and new working preferences.

It’s a major problem, making it impossible for businesses to streamline their onboarding and risk workflows as they scale internationally, and preventing some users from accessing the services they need. At OCR Labs, we think identity verification should be borderless and universal. Here’s how we helped Turkish clients onboard more users, more quickly.

The challenges of remote identity verification in Turkey

In 2021, new identity verification regulations were announced in Turkey. Under the new system, banks are required to onboard new customers digitally, using video verification and NFC-enabled ID documents. During a live video call, a trained employee guides the user through the verification process, asking them to present their NFC-enabled ID document to the camera for verification. The user is also asked to prove their physical presence by performing specific movements, or being sent a one-time password.

The new regulations, while a significant step forward in terms of technical sophistication and security, introduced a number of challenges for Turkish businesses. Many put together solutions using non-specialist document signing software and other non-specialised technology. This led to high failure rates: only four out of ten applicants were passing (as per reports published by TBB and TKBB).

And there was another problem: a quarter of the population, around 20 million people, live in remote rural areas. They often don’t have access to 4G or 5G networks, or the latest smartphones with the processing power needed to run identity verification apps. Many citizens also have old model ID cards without NFC chips, and weren’t able to participate in the new system. 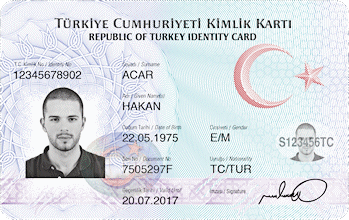 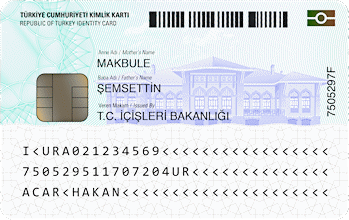 We worked with Turkish businesses and regulators to build a bespoke identity verification process that aligned with the new regulations. Now, they use our facial recognition technology and wherever it’s required, we push the verification process to a video call-centre, where a human asks applicants specific questions generated by information on their ID documents.

In order to solve the problems with NFC documents, we created NFC-reading software specifically for the Turkish market. It takes the most efficient pathway to capture the right data quickly, significantly reducing the time it takes to read the chip and improving the user experience. We also developed an interface that tells users where to hold the card in relation to the phone, which is particularly useful if they lose connection mid-process. In addition, we can tell users if the chip on their card is faulty, and match the data on the chip with the written data on the card to ensure the whole ID is valid.

Using OCR Labs technology, businesses in Turkey have seen a substantial reduction in failure rates and an uptick in overall customer experience. What’s more, they’re now able to onboard more users. We’ve worked to make sure our Identity verification system is available on web browsers for people with older phones, and works regardless of which form of ID card they have.

Scaling businesses need identity verification that can recognise and read as many ID documents as possible. It also needs to be adaptable to the specific regulatory, technological and cultural context of each global territory. The OCR Lab document recognition engine recognises over 16,000 documents in over 142 languages and typesets. We also have an identity document recognition engine capable of reading the machine readable zone (MRZ) on cards as well as the script of the native language. This makes it much harder to use fraudulent documents and enhances security.

Because we develop all our technology in-house, we’re able to adapt it to local regulations so that all businesses (both local and international) can launch and scale seamlessly as they expand internationally.

Are regional identity verification solutions getting in the way of your global growth?

To find out more about how we can help your company implement identity verification technology that provides truly global coverage please reach out to us at hello@ocrlabs.com or request a demo.

We’re more than happy to chat about the state of the industry and if it's a good fit, show you how our technology could overcome the challenges you are facing. All tests welcome :)

See our tech in action. Request a demo or trial now.